TBBC has been in its present location for more than a hundred years.  The Acting President is Tommy Metcalfe.

In addition to league and friendly games, we have club and tourist competitions.  Coaching is available to members, along with a Coaching Academy membership option for those who want to Try Bowls.

Our membership year spans from 1 January to 31 December and we welcome members and visitors on our green from the beginning of May until the end of September.  We also offer a variety of non-bowling social activities including cribbage, skittles, tai chi, quiz & film nights and Thursday Pub nights.

The accounting records indicate that TBBC was formed on 15 February 1908 when the Club received the sum of £18.14 with donors including Lord Tennyson.  In 1908, a committee was formed over a membership of 33 men.  That same year, a sports ground 'at the back of the Coastguard Houses' was formally opened by Col Alexander Leith, the Island Conservative and Unionist Candidate.

With a strong social facet to the club, we are always looking to attract new members.  We offer tai chi, cribbage, skittles (and other pub games), quiz & movie nights, and raffles. We host weekly coffees and are even looking to start gentle yoga classes!  We get together for holiday lunches and dinners and have a full bar in the clubhouse.  If you would like to get to know your WestWight neighbours, but don't feel that bowling is for you, we offer a social associate membership that enables you to take full advantage of our many non-bowling activities.

Our Bowling Academy is a great introduction to the sport without the financial commitment.  A single payment of £10 will put you in touch with our head coach, who will organise coaching sessions that will see you increasingly integrate you into the TBBC as your play progresses.

You will also meet others in the Academy, as well as have the opportunity to meet for a round (or two) of drinks in our club pub to socialise afterward.

Many of our Academy players have progressed to become integral members of the TBBC. 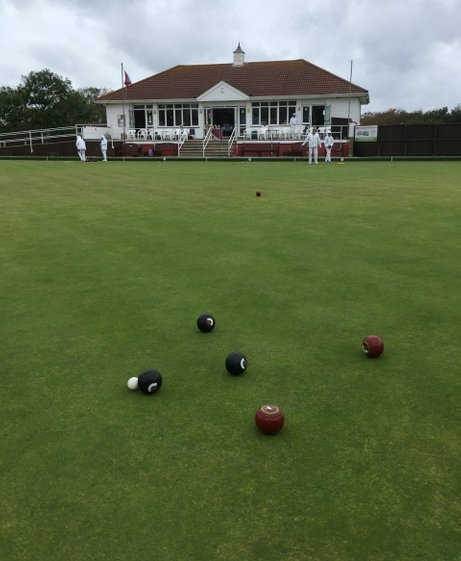 Are you interested in membership or visiting the for the day?